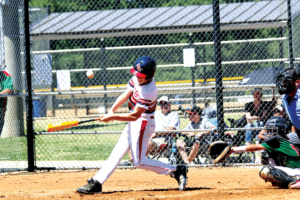 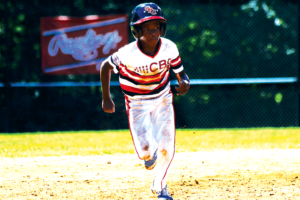 In the final, Zion Ross batted .692 for the tournament, blasting five home runs and driving in ten runs, winning the triple crown in each major offensive category. Amir Gray hit .615 with a home run for the Chicago based team, while Robert Tate Jr. rapped 10 hits in 17 at-bats in what was a formidable offensive attack.

Chesterfield Baseball Clubs fell in a slugfest to the eventual champs 13-11 to open the tournament. Ethan Minter and Chase Swift homered and Catcher Billy Lanyon led the offensive attack with four runs batted in.

In the second game of the series for the hosts, Gavin Kennedy gave the team a strong start and Minter closed the door, pitching two scoreless innings. Lanyon, Swift, and Ray Roberts provided the offensive punch for a team that defeated Aruba 4-3.

Chesterfield’s run at the tournament crown ended Sunday morning with a good fight, as they lost to Mexico 7-4. Ryan Roatry provided a two-run home run, while Swift pitched five stellar innings in relief, allowing just one run while striking out three batters.