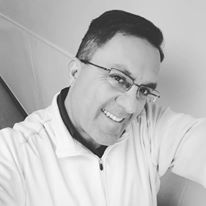 Chester by way of Montana. That’s the route of Caleb M. Soptelean, the Village News’s new editor/reporter. Soptelean comes to the newspaper with 20...

Soptelean comes to the newspaper with 20 years of experience as either a newspaper reporter or editor. He fills the position of founding editor Mark Fausz, who plans to enjoy his retirement years as much as possible.

Soptelean, 47, grew up in the foothills of the Appalachian Mountains in rural eastern Ohio, about 65 miles of Pittsburgh. He is pleased to be back in the Old Dominion, closer to his daughters in Hampton Roads.

He has covered a variety of beats over the years, including courts, city and county government, features, schools, sports, and business.

He comes to Chester from northwest Montana, where he worked as a reporter for the weekly Valley Journal covering Lake County, which includes Flathead Lake, the largest freshwater lake west of the Mississippi River.

Soptelean has also worked for dailies such as the Kalispell (Mont.) Daily Inter Lake, the Kingman Daily Miner (Ariz.) and the Progress-Index in Petersburg. His first newspaper job was as a part-time sports reporter for the Harrison (Ohio) News-Herald in Cadiz, Ohio.

Soptelean graduated from Jewett-Scio High School in Scio, Ohio and earned a bachelor of arts degree in history from Ottawa University in Phoenix.

He has seen a number of changes in the newspaper industry over the years, specifically the rise of technology. He sees those changes as both a positive and a negative. The positives include making the job easier and accessing news easier. Negatives include the loss of jobs — mainly at metro dailies — due to the loss of advertising revenue.
Nonetheless, he believes that local, community journalism remains vital.

“I look forward to making connections in the community,” he said.