front933
ABOVE: Caleb M. Soptelean, editor; Baby mountain goat on Mount Evans. The mountains are calling, and I must go. With those... 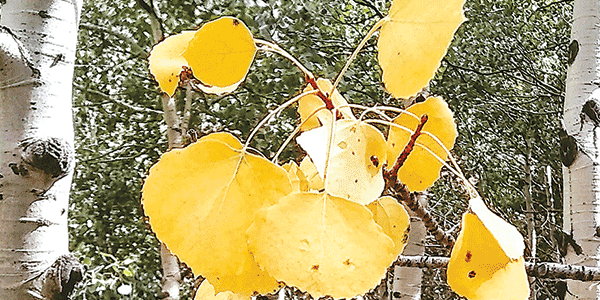 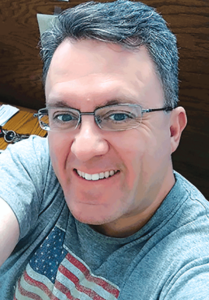 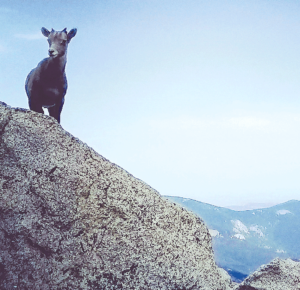 The mountains are calling, and I must go.

With those words, the naturalist John Muir described my situation recently.

Since I was named after the Old Testament character Caleb – who said, “Give me this mountain,” – I believe a love for them is in my blood.

I was afforded the chance to reconnect with several friends whom I hadn’t seen in 17 to 25 years.

So … off to Denver it was with a relatively cheap flight I found from Charlottesville through Charlotte on American Airlines.

It was also my first time staying in an Airbnb rental, a home in the south Denver suburb of Centennial that provided a place to sleep and not much else as I wasn’t there much in the daytime.

After flying into the Mile High City on Sunday, Sept. 2, a friend picked me up at the airport and we had lunch at a Native American restaurant. I dined on shredded bison in a salad of greens and other vegetables. Then it was off to what I think is the nicest mall I’ve ever visited: Park Meadows, which has a wood-themed decor modeled after Colorado. I was impressed.

I spent the rest of the evening buying some snacks at Sprouts Farmers Market, an organic grocery store with decent prices to boot.

Among the things I did on Monday – Labor Day – was visit Red Rocks Park and Amphitheatre in southwest Denver, a nice scenic contrast to the mountain peaks and pine trees that I would survey later. It reminded me a little of the red rocks around Sedona, Ariz.

On Tuesday, I headed to the mountains. A hike in Centennial Cone Park preceded a drive toward Mount Evans on Colorado Route 5, a state highway that a sign touted as the highest paved road in North America. Numerous mountain goats could be seen next to the highway, most of which is above timberline and downright chilly even in early September. Along the way up the mountain on Colorado Route 103 – which forms half of the Mount Evans Scenic Byway – a friend and I viewed aspen that had begun to turn yellow. After our mountain excursion, we dined on buffalo burgers in a restaurant in the quaint town of Idaho Springs.

Tuesday evening was spent taking in a Colorado Rockies game at Coors Field, a delightful experience in the low humidity, 70-plus-degree evening. The Rockies – who are contending for what would be their first National League West division title – won the game against the San Francisco Giants 6-2, thanks to a five-run seventh inning highlighted by Carlos Gonzalez’s three-run triple.

The worst part of the trip was left for Wednesday, Sept. 5, when my flight to Chicago was delayed by an hour, which would have caused me to miss my connection. Alas, I had to wait 5 1/2 hours for a flight to Charlotte and landed in Charlottesville shortly after 11:30 p.m.

It was a welcome three-day vacation at the end of the summer that provided pleasant memories and photos to share.