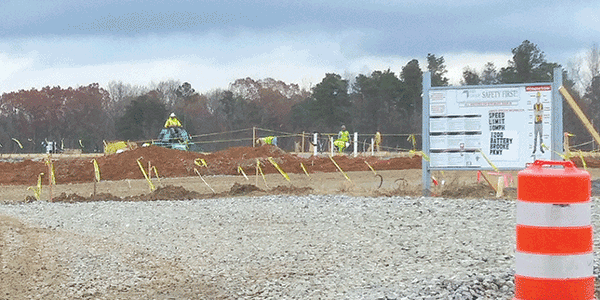 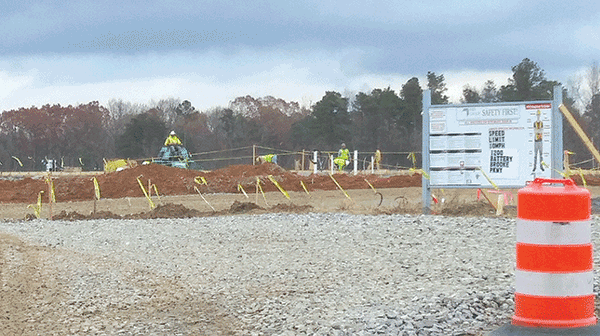 front933
Construction is underway at the Project Goliath site at 1200 Battery Brooke Parkway. County officials have been hush-hush on providing details on the project...

Construction is underway at the Project Goliath site at 1200 Battery Brooke Parkway.

County officials have been hush-hush on providing details on the project because the county Economic Development Authority was involved. However, a construction supervisor at the site last week confirmed that vacuum company Bissell is building on the 41.6-acre site.

A site plan was approved by the county July 12. The plan calls for a 431,200-square-foot one-story warehouse and a 5,600-square-foot office in the James River Industrial Center east of Interstate 95 and south of Willis Road.

Parking for 70 employees in Phase I and 20 employees in phase II is also included in the plan, which has 150 total parking spaces.

Bissell’s project will help replace the failed Tranlin project on a 58-acre site on Willis Road.

Shandong Tranlin Paper, a Chinese pulp paper company, hosted a ground-breaking ceremony at the site with Gov. Terry McAuliffe in October 2015. The company planned to build a $2 billion manufacturing plant that would have employed about 2,000 people by 2020.

But because the company had only repaid $150,000 of a $5 million state grant, the Virginia Economic Development Partnership filed a lien on the property and was placed first in line late last year, according to VEDP attorney Sandra Jones McNinch. The property was purchased for more than $3 million, so the lien secures a majority of Tranlin’s remaining obligation, she said.

The partnership’s board of directors voted to direct Attorney General Mark Herring to collect monies the state during a Jan. 17 meeting in accord with a new provision in state law. The board also voted to approve a transfer of the land back to the state, McNinch said in an April 18 email.