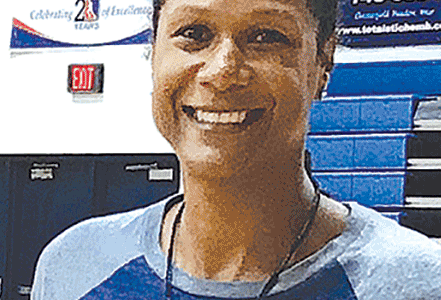 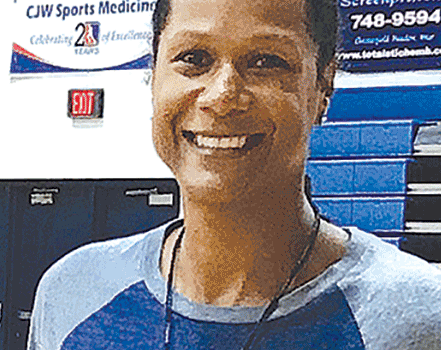 front939
Chevette Waller’s classroom and home are a revolving door of alumni. The special education teacher and girls basketball coach has been at L.C. Bird...

Chevette Waller’s classroom and home are a revolving door of alumni. The special education teacher and girls basketball coach been at L.C. Bird High School for 17 years. She said her former students sometimes spend the holidays with her and play pickup games with the basketball team.

Waller is a collaborative teacher in the math department. She focuses on algebra and also teaches

Being a teacher wasn’t her original plan. After graduation from Virginia Commonwealth University, she found her way back to Bird and was a special education substitute teacher. She realized she enjoyed working with the students and eventually applied for a job, was hired and has been there ever since.

Waller is known as the “algebra whisperer” because of her ability to help her students pass algebra Standards of Learning (SOL) tests.

“I guess the coaching in me … [coaches] them up and them the confidence that they can take these SOLs and pass [them], and not let that be a hindrance for them once it comes to graduation,” Waller said. “I get it done, whether it’s just coaching them or giving them pep talks.”

She is a 2018 teacher of the year recipient, which she said is exciting.

“I’m very humbled, and I don’t like the limelight, but I guess it comes with the territory. I try to do the right thing, so it just worked out,” she said.
Over the course of almost two decades, Waller has taught ninth through twelfth grades.

“If I can just get in my classroom and teach my kids, and get on the floor and coach my players, that’s a really good day for me,” Waller said.
Waller’s favorite thing about being a teacher is connecting with students and being a part of their journey. She said it is gratifying to know she had a piece in their puzzle that helped them succeed.

She has the same sentiments about her career as a basketball coach.

“I’ve had most of my [students] when they were in ninth grade and just to see the maturity level and their growth in basketball, I’m part of that journey as well,” Waller said.

Waller has been playing basketball since she was 8, and it has been her passion ever since her father signed her up to play.

She was inducted into L.C. Bird’s Athletic Hall of Fame in 2008 and was the regional basketball coach of the year. She runs a girls basketball camp over the summer, which she said boasts a great turnout every year.

She sees herself coaching for a long time and said she has been lucky and blessed to have great players with great character. Some of her players have gone on to play in college, and she said it is gratifying to see them succeed no matter what they end up pursuing.