front939
A coal ash bill that went through a number of changes in the final weeks of the recently-concluded General Assembly’s general session is waiting... 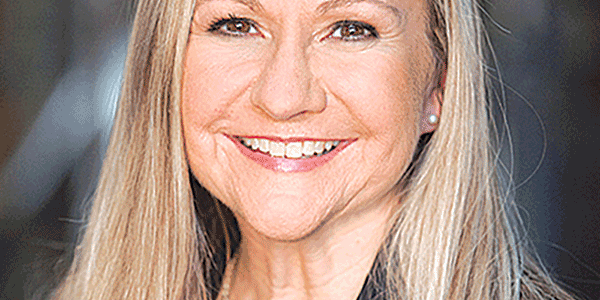 A coal ash bill that went through a number of changes in the final weeks of the recently-concluded General Assembly’s general session is action from Gov. Ralph Northam. He has until midnight March 25 to sign, veto or amend the bill.

SB1355 was approved 37-2 in the state Senate and 96-2 in the Assembly. It requires Dominion Energy to excavate some 28 million cubic yards of coal ash at four sites in the state – including Chesterfield Power Station – and either recycle it or place it in lined landfills over the next 15 years.

State Sen. Amanda Chase, R-Chesterfield, and Sen. Scott Surovell, D-Mt. Vernon, have been pushing for a coal ash remedy since 2016, Chase said. The remedy was a long time coming, she said, noting that the coal ash had gone “basically unnoticed the past 50 years.”

“I have mixed reactions,” Chase said, adding that “overall, it’s a win. I just want to make sure it’s done right.” Chase said that Sen. Frank Wagner, R-Virginia Beach, “hijacked” her coal ash bill – SB1533 – in a Senate subcommittee on Jan. 30. “I was not very happy,” she said.

Two of three amendments that Chase promoted were not included in the final bill, she said. These included a guarantee that Henricus Historical Park and Dutch Gap Conservation Area would not be closed during the 15-year excavation process and a requirement that Dominion charge its customers more than $5 a month to pay for the coal ash remedy.

Chase said that Henricus is “very unusual” in that it is a “park embedded in a power plant.”

In a Jan. 24 , Chesterfield supervisor Dorothy Jaeckle questioned whether the two sites would remain open and wanted language in the bill that stipulated that access built before the coal ash removal starts. Jaeckle did not respond to a voice mail message for this story.

Chase said the Chesterfield County Board of Supervisors and Dominion are in favor of a memorandum of understanding that would result in Henricus and Dutch Gap being kept open. The memorandum has not yet been agreed to, however. Chase said a county official told her that it might not be ready until April.

“I’m not happy with an MOU,” Chase told WCVE’s NPR reporter Roberto Roldan Feb. 13. “I want something that’s in the law. It’s more permanent than an MOU.”

Dominion spokesman Dan Genest said the utility will not close access to the park and an adjacent boat ramp. “We intend to be a good neighbor to these two very popular sites,” he said.

When asked if Dominion would build a brick kiln at the Chesterfield Power Station and recycle the coal ash on site or ship it by barge or rail, Genest said shipping it on a barge is not practical and noted that it would cost an estimated $4.6 million to ship it via rail. “We will be developing our plans for closing the ash ponds and moving the ash to lined landfills over the next few months,” he said in an email.

As for whether Dominion would charge customers no more than $5 a month, Genest said that, ultimately, the State Corporation Commission would establish rates for customers.

One of Chase’s amendments was kept in the bill. It says that if Dominion is found liable for a violation of state or federal law, the company has to pay for any fines or civil penalties that ensue, not its customers.

The bill requires Dominion to make biennial reports beginning Oct. 1, 2022, until of its four coal ash sites and to give priority to hiring local workers. It says the utility can only recover $225 million a year through rate adjustments with a stipulation that customers can’t be charged until July 1, 2021.

House Speaker Kirk Cox, R-Colonial Heights, had a provision included that restricts coal ash trucks from being used on highways in Chesterfield.

The James River Association is pleased with the bill. “This action by the General Assembly puts public health first by removing coal ash from leaking, unlined pits along Virginia’s riverbanks that fail to meet modern standards,” James Riverkeeper Jamie Brunkow said. “We applaud the patrons of both bills and all of Virginia’s leaders for putting the commonwealth on the path toward clean rivers and healthy communities. And we especially thank our champions – Sens. Chase and Surovell and Del. Jennifer Carroll Foy, D-Woodbridge – who, for years, have remained steadfast in protecting their constituents from the dangers of coal ash pollution.”

“The legislation doesn’t specify where recycling will occur, nor does it prevent recycling of Chesterfield’s ash,” Brunkow said. “Dominion will determine specifics of how ash will be handled at each site and submit those plans for review and approval by the Department of Environmental Quality. That review process will unfold over the next year and includes the receiving of public input before Dominion can acquire closure or solid waste permits. On-site landfills are not required by the but could make more sense because of the assumed lesser transportation costs as compared to off-site disposal. Any on-site landfill would still require permitting and would have to comply with Virginia’s siting requirements – notably being constructed away from the floodplain.”

“As site-specific closure plans are formalized, the JRA will remain engaged and continue to advocate for permits that are fully protective of the river over the long term,” Brunkow said.