front939
Every year, the Leukemia & Lymphoma Society nominates several candidates in each state for the chance to compete for the title of Man or... 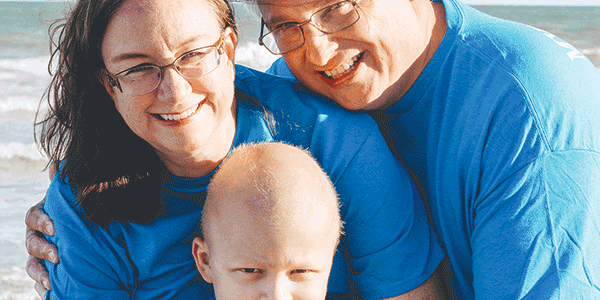 Every year, the Leukemia & Lymphoma Society nominates several candidates in each state for the chance to compete for the title of Man or Woman of the Year.

This year, Chesterfield resident Michelle Westbay has been nominated.

Westbay previously worked at Virginia Blood Services – which was recently acquired by the American Red Cross Association – but she has also dipped her hand in volunteer and non-profit work.

“I never thought I’d be someone who ran for a competition like this,” said Westbay, who volunteers with Virginia Blood Services, a local food bank and her church. “I find a lot of joy in helping others. I think we were put on this earth to help others and to help humanity.”

Westbay has heard of many children with leukemia who needed platelets to boost the count of those cells, but she said the supply has always been short.

“There was this one mother I met whose daughter had cancer and there were never enough platelets, so she couldn’t ever get her full dose that she needed. When she would, she would be great. Her quality of life was so much better. Unfortunately, when she was 13, she didn’t win the fight with cancer, but one of the reasons why she stayed around much longer and had months of life with her family was because of platelets. That was a really strong connection for me, and I really grew to love raising awareness with platelets.”

A family friend of Westbay’s, Erin Williams, has a son who suffers from leukemia.

Williams’ son has a rare form of leukemia called the Philadelphia chromosome, a harder, more aggressive type of leukemia that takes longer to treat.

“He was a very active kid,” Williams said of her son. “He loved to play soccer, golf, basketball karate. He started to have some bruising, which was unusual. He came home one day, the bus driver stopped the bus, and she said that he was having some trouble breathing and was hurting. So we took him to the hospital and he was diagnosed. It was quite a life-changer. If you’ve never been through it, you wouldn’t know how hard it is. It’s hell and it’s poison, and to see your kid go through it. I wouldn’t wish it on anybody.”

William’s son has been in chemotherapy treatment for three years and just recently started going back to school every day.

He’s scheduled to be in treatment until January 2020, but is in remission now, Williams said. “He just started back to school last week. When he was sick, he was home-schooled. When he was first diagnosed, he didn’t go to school at all because he was very, very sick. He was doing chemo at the time. There were times when he was in third grade, where if his counts were OK and if he was feeling alright, I’d still take him to school. I wanted to make it as normal as I could. I think it’s important to have that normalcy for a child,” she said. “I never treated it as a death sentence, I just saw it as something we had to take care of. God has a reason for it happening, I don’t know what it is, but we’ll get through it.”

Westbay and Williams originally met through their children, who were in the same kindergarten class at O.B. Gates Elementary School. “A lot of [me running for Woman of the Year] had to do with being in class with Erin’s son,” Westbay said. “We would pray for them, and that was really a driving force.”

In the 10-week campaign, candidates from local communities across the country raise funds to support blood cancer survivors. Westbay’s goal is to raise $100,000 by the end of the competition. She has created a team spanning from Northern Virginia to Chesterfield in order to help plan events and get the word out about the cause.

They are planning to host a horse-racing event at The Reserve at the Highlands on Saturday, May 4. “It’s called Canter for a Cure,” Westbay said. (A canter is a three-beat gait of a horse between a trot and a gallop.)

“For Canter for a Cure, we will be selling handmade derby hats sponsored by various groups, families businesses around the community,” she said. “We will have limited table sponsorship opportunities, as well as silent auction items, and a ‘best hat’ prize. We just found out we are having a band play as well: Eddie and the Jackwagons.”

Tickets include entry into an exclusive, limited capacity event, a donation to the Man and Woman of the Year campaign, a Southern-style buffet, signature drink ticket a 50/50 raffle ticket.

The webpage for fundraising is TeamOut4Blood.com and for the horse event, go online at reservehighlands.com.