Dupler to retire from county 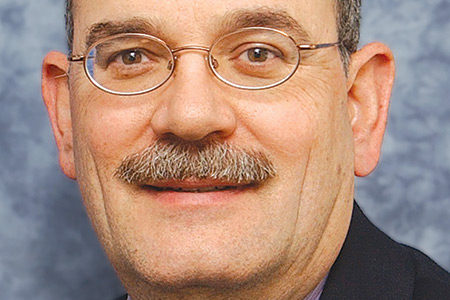 He announced his plans to retire at last month’s Board of Supervisors work session. Dupler has served as deputy county administrator since April 2010. His last day will be Sept. 30.

“I am grateful for all the support and opportunities Chesterfield County has given to me throughout my career,” Dupler said. “It has been my honor and privilege to work alongside so many talented employees and leaders. Their extraordinary commitment has set Chesterfield apart and makes me proud to tell others I work for the county.”

Under his leadership, he led the recruitment and selection of eight department directors to form the current community development leadership team. Additionally, he managed the county’s response to the 2010 drought, the initiation of the county’s fourth water supply proposed on the Appomattox River, coordination with Dominion Energy on fly ash remediation, and the redevelopment of the Cloverleaf Mall and the creation of Stonebridge Plaza. He also oversaw numerous economic development projects, including the largest humus plant in the world by Sabra, multiple expansions of Maruchan ramen noodle factory, the Chester Amazon fulfillment center and Niagara Bottling, as well as substantial road improvements in the county.

“When I arrived as the new county administrator, Bill was one of the most helpful people in getting me oriented to the culture of employees, officials and citizens,” county administrator Joe Casey said. “That institutional knowledge made him someone I relied upon for countless things. He will be missed, but his work has created an outstanding legacy, and he’s leaving the county in a great place for his successor.”

Before becoming deputy county administrator, he served as Chesterfield’s building inspections director. In that role, he worked closely with the state and contractors to create a centralized contractor database. Dupler also coordinated numerous county efforts to assist residents and businesses, including strengthening state building code and helping homeowners recover from foundation damage due to shrink-swell soils.

After the Old Buckingham Station fire, Dupler championed county efforts to retrofit and repair missing and damaged attic fire stops in every apartment complex in the county. In addition, he led efforts to change the state building code and provide more stringent inspection standards and protection of these important safety features. As a result of these improvements, the county achieved the highest rating of any county inspection department in the state from the Insurance Services Office.

Prior to working for the county, Dupler served in various leadership roles in Henrico and Arlington counties. He is a graduate of the University of Maryland with a bachelor’s degree from the College of Engineering and Virginia Commonwealth University with a certificate in Public Administration.