Some boaters rocked by change in tax assessments 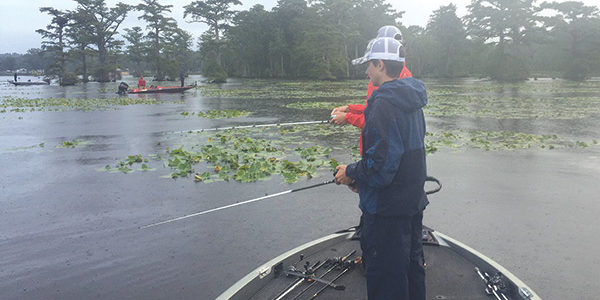 The Chesterfield Commissioner of the Revenue has changed the way the county identifies and assesses value to some 5,000 boats.

Commissioner of the Revenue Jenefer Hughes explained that the previous methodology was outdated and relied on taxpayers’ self-reporting and marina records. Now, the county is using state Department of Game and Inland Fisheries registrations, which Hughes said is the standard for identifying boats for assessment.

In addition, Hughes said her office is now using “clean loan value” from the ABOS Marine Blue Book to ensure that personal property is treated uniformly, which she said is the standard assessment methodology in 33 localities in the state. Previously, the county used what Hughes called “a laborious manual process” to look up value based on the year, make and footage data reported by boat owners. The county used a percentage of cost, which was based on the taxpayers accurately self-reporting the purchase price of a boat. Now, the valuation process is electronic and includes the county uploading a file into the tax management system, she said.

The changes were made after Hughes’ office conducted a comprehensive review of its operations soon after she was sworn in following her victory in a November 2017 special election to replace retiring commissioner Joe Horbal.

Hughes said the assessment methodology that had been used for boats did not meet state constitutional standards for uniformity and fair market value or the requirement to discover a complete inventory of personal property as of Jan. 1 each year.

However, some are upset about the changes.

“Several fellow boat owners experienced the same problem and informed me their taxes increased as much as 5 to 8 times over last year,” he said. “None of us received notification of this increase.”

Vest said that such a dramatic change without public input is outrageous.

Opponent responds
Tim McPeters, who was appointed in January 2017 to replace Horbal when he retired but was defeated by Hughes (55 to 44 percent) in November 2017, took issue with Hughes’ recent actions.

McPeters said state allows both the county’s previous and current methods, and said that 52 counties use the previous method, which is known as “percentage of cost based on age.” These include Richmond, Henrico and Loudoun, he said. “Ms. Hughes uses both methods to assess boats,” McPeters added. “Boats that are not in the pricing guide are assessed at [percentage] of cost.” He said Chesterfield has used the previous methodology for over 50 years.

In addition, he noted that the ABOS Marine Blue Book is national in scope and does not recognize regional differences in value. “This means that Chesterfield boat values are now influenced by sales prices in higher-cost markets where boat dealers are more prominent, such as California, Florida and New England,” he said.

McPeters said Hughes made the changes after the values were formally declared on the “Return of Tangible Personal Property” papers that were mailed to boat owners in February using the prior (percentage of cost) method. “The whole point of the [papers] is to declare a value early enough for taxpayers to review and dispute if necessary,” he said. “They could not do this with a form showing a value that was going to change when the bill was sent.”

McPeters said the Chesterfield County Board of Supervisors was not informed of Hughes’ intent to make the change or its likely tax impact. In effect, Hughes unilaterally raised taxes without public notification or input, he said, adding that she should apologize.