Running out of necessity

By Gena Lashley Upon meeting Lindsey Dougherty, I thought she was just like the rest of us Chester mamas, other than the fact that... 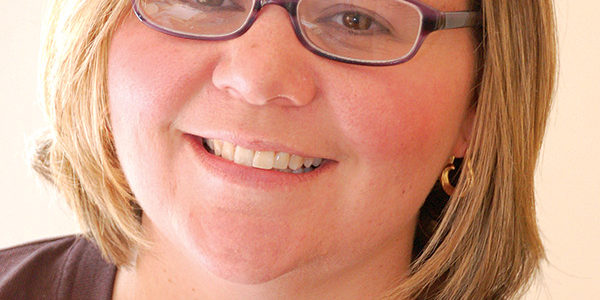 Upon meeting Lindsey Dougherty, I thought she was just like the rest of us Chester mamas, other than the fact that she is running for the 62nd House of Delegates seat. Dougherty lives in Chester with her husband and two children, ages 8 and 3. She is around the same age as me, not too young but not yet into her middle-aged years. She wears glasses and was wearing professional, yet comfortable, work attire, and the kicker, she drives the dreaded minivan. She has an easy smile and a calm and patient demeanor. I immediately felt at ease around her.

As we sat down together and began talking, it became increasingly clear to me that this mama had been through a lot of struggles leading up to the decision to run for office. This was a passion-driven decision to run. This was not a goal she had been working toward, but rather what she felt was a necessity at this point in her life.

It all began in 2015 when her husband was laid off from his job in Raleigh, N.C. Dougherty was pregnant with her second child and a mother to her little boy. In April 2016, with her husband still unemployed, she had to have an emergency C-section. During this time, she did not have maternity leave through her employer and was carrying the family’s insurance. Six weeks after her surgery, she had to return to work in order to keep her family insured.

Her husband continued to search for work and stayed home with their children. They were able to scrape by through support from family members, but not without acquiring debt.

In the winter of 2016, with a newborn and her husband still unemployed, her family was dealt another blow; her young son was diagnosed with a life-long autoimmune disorder: pediatric autoimmune neuropsychiatric disorder associated with streptococcal infections. The diagnosis brought with it multiple doctor’s visits and fights with the insurance company to cover the treatments prescribed by the doctor. During this time, her family was fortunate enough to qualify for Medicaid, which she credits with saving her child’s life.

Dougherty was moved to run for office as a Democrat because she wants to fight for what is fair and right for all people, not just some. She wants to represent the 62nd District so that other families will not have to make the same hard decisions that hers did.

She has been working for the community in one way or another her entire professional life, including the juvenile justice sector, connecting juveniles with community services.

“The goal in that position was to connect the kids with their communities,” she said. “I was seeing new kids every week coming through the system. It was infuriating, this ‘school to prison pipeline.’ It made me very aware of the flaws in our social justice system.”

She also ran a program that connected underserved communities to museums and collected data and tracked the use of the Raleigh State Art Museum’s parks to create better programming for the citizens in her community.

When her family moved to Virginia (her husband accepted a position at VCU), her master’s degree in public administration made it possible for her to accept a position with Chesterfield County in the Budget and Finance Department.

She currently oversees over $85 million and is able to anticipate community needs and build the budget to best suit the community. She takes her position of being a good steward of community tax dollars very seriously.
Some of her main points of legislation are affordable healthcare for all people, and lower prescription costs.

“Prescriptions and health insurance are getting more and more expensive, and paychecks are staying the same,’ she said. “Everything is getting higher with the exception of people’s pay.”

She is also very passionate about those who serve the community being compensated with a “living wage.”

“Teachers and support staff need better pay; no other profession is asked to provide their own supplies. Police officers and firefighters need to feel valued; we need to address pay gaps and give pay raises for those that serve. Everyone should be able to afford to live in the community they serve.”

Dougherty is an avid outdoor enthusiast and animal lover. Most evenings and weekends you will find her steadfastly knocking on the doors of those in the community, listening attentively to their concerns and asking how she can help serve them in the future.

Editor’s note: A former Village News “Mixing Bowl” columnist, Lashley submitted this as an opinion piece. Dougherty is running for the seat of state Rep. Riley Ingram, who is retiring. The Republican nominee for the seat is Carrie Coyner. The Village News ran a story about Coyner’s plan to run on Jan. 22.