State Sen. Joe Morrissey (D-Richmond) is pleased with how a special legislative session is going so far. 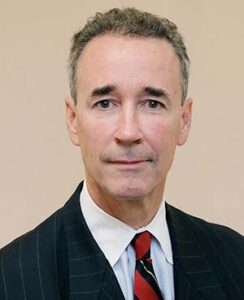 On Thursday, Sept. 10, Morrissey — who represents a portion of east Chesterfield — said he’s “very pleased with what we’ve been able to get done.”

He noted that the Senate — which is meeting at the Science Museum of Virginia at 2500 W. Broad St. — approved his sentencing reform bill, SB5007, by a vote of 22-18 on Thursday, with one Republican, Bill Stanley, voting with Democrats. The legislation will enable a judge to administer sentencing upon request of a convicted defendant.

Morrissey called the bill “one of the most important pieces of criminal justice reform in two decades.”

The first-term state senator also touted six omnibus bills, including a police reform bill — SB5030 — that passed by a 21-19 party line vote. That bill would prohibit no-knock search warrants and chokeholds, create a process for decertifying police officers, and require officers to intervene against unlawful use of force by other officers.

Although a qualified immunity reform bill came out of the House, it was effectively ended for the year by the Senate Judiciary Committee on a 12-3 vote. The vote – Morrissey voted no – sent HB5013 to a subcommittee for study. The others who voted no are Louise Lucas (D-Portsmouth) and Jennifer L. McClellan (D-Richmond). A similar bill sponsored by Morrissey — SB5065 — was also bypassed indefinitely in the Judiciary Committee by a 14-0 vote Aug. 26.

According to theappeal.org, the Supreme Court invented qualified immunity in 1967. Justices Clarence Thomas and Sonia Sotomayor have criticized the doctrine, the website states.

A bill — HB5146 — that would enact automatic expungement for certain convictions, deferred dispositions, acquittals and charges that have been nolle prossed or dismissed.

Del. Carrie Coyner (R-Chesterfield) was one of four Republicans to vote for the bill in the House. The bill passed 59-37 with one abstention and two persons not voting on Sept. 9. It was referred to the Senate Judiciary Committee.

A bill — SB5032 — was passed by the Senate 21-15 on Aug. 26. It would eliminate a six-month mandatory minimum sentence for an assault on a police officer. Sen. Amanda Chase (R-Chesterfield) called the legislation “an attack on our law enforcement” and said it sends a message to criminals “that we’re going to stand back,” according to reports.

A bill — 5052 — sponsored by Sen. Bryce Reeves (R-Fredericksburg) would create the Body-Worn Camera System Fund to assist law enforcement agencies with the costs of purchasing, operating and maintaining body worn camera systems. It passed the Senate 35-0 on Aug. 28.

SB5029 would eliminate marijuana odor as a probable cause to search a vehicle. It passed the Senate 21-15 on Aug. 28.

SB5031 would establish June 19 as a state holiday to commemorate the announcement of the abolition of slavery in Texas, the last of the former Confederate states to abolish slavery.

During the Chesterfield County Board of Supervisors meeting on Aug. 26, legislative liaison Mary Beth Curtin said the state House was meeting online after a five-day procedural delay.

“The process has been extremely challenging,” she said of proceedings in the House. “People get cut off trying to testify virtually due to time constraints.”

She said 370 bills were introduced, which she called “a massive number for a short session.”

Referring to technical problems associated with the virtual session, Del. Kirk Cox (R-Chesterfield) said, “I just don’t think a legislative body is designed for this,” as reported by the Washington Post.