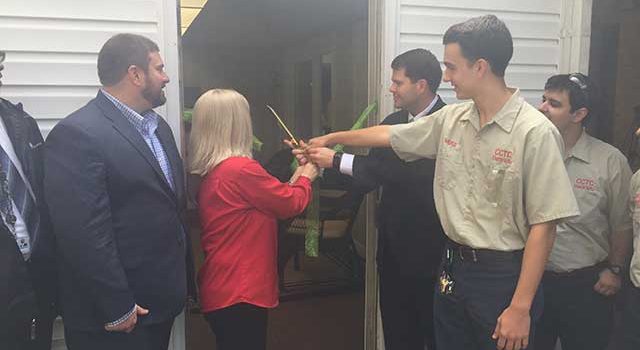 While politicians debate over what’s best for the country in terms of “going green,” Chesterfield County Techn 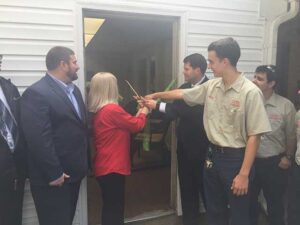 Ribbon Cutting at “The Green Shack”

“To see what this idea has become this is absolutely amazing,” said Chesterfield County Schools Superintendent James Lane.
Maloy, an Eagle Scout, assisted the team, learning how to assemble the system initially. He did the lifting, installing of the various components on the walls.

Matz, a homeschooler, set up the various computers and read more than 400 pages of manuals that came with all of the parts to make the green shack run. He also served as the troubleshooter when things went wrong with the system, which actually happened just days before the ribbon cutting was to occur.

“Solar power is very important,” Matz said. “They just added a section to the National Electric Code book about it. “That means it’s going to be a part of our everyday lives very soon.” 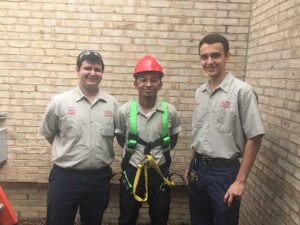 San Pedro acted as a foreman for the project. A student at L.C. Bird, both of his brothers, Pedro and Angel, went through the program. His father and all of his uncles have also worked in the energy industry. You might say electricity runs through t

“I saw their work [my family] and I wanted to go the same way as they did,” said San Pedro.

The project is facilitated by teachers Richard Champaign and Micheal Harvey, who took this project on with a talented group of students, 32 of the 40 already having jobs slated in the electric field. Of note, most of the students are juniors. Harvey has more than 40 years of experience with electricity, and he’s won an award for his work. With that award, he’ll travel to sites such as the Hoover Dam to learn more to help enrich the classroom experience.

“I am just so proud of these kids,” Harvey said. “What David, Jaydon, and Randy have done is something that will serve as valuable experience for the rest of their careers. They figured out things that I couldn’t even figure out with the experience that I h 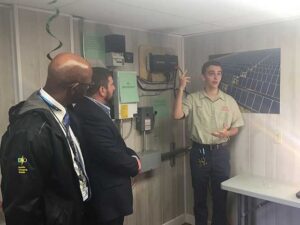 What’s happening in the green shack now? Well, it’s undecided, but there’s space for students to comfortably take a test in private, or it could serve as a relaxation room for teachers in need of a break away from their normal areas.

While the students are on the cutting edge of electricity and “going green,” the future for the green shack is even brighter.
There are planned renovations and improvements, such as installing air conditioning and things such as the capability to use solar energy to heat water. More grants are being written to facilitate these operations.

Though the project will continue to be a challenging one, it appears that the students in the electricity program are up for the job. With leaders like Champaigny and Harvey, the tech center is likely to hear more success stories echoing in the halls.