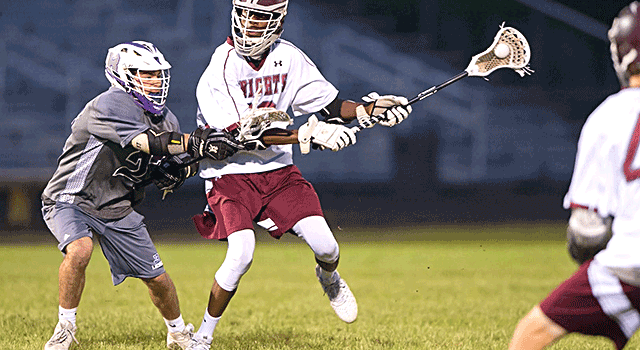 front933
With summer on the forefront of students’ minds, there is still business to be done in the classrooms and on the athletic fields. Several...

With summer on the forefront of students’ minds, there is still business to be done in the classrooms and on the athletic fields. Several Chester-area teams performed well and went to regional play. 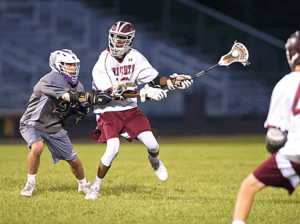 The Monarchs defeated Prince George 5-0 Thursday for their third victory over the Royals this season. The recently crowned Conference 12 Player of the Year, Juan Carlos Escobar, got a hat trick, while Elvin Romero and Jesus Monacross scored a goal each. Anthony Perdomo and Wilmer Perez added assists while goalkeeper Julio Alvarez notched five saves.
Prior to the championship game, coach Gabriel Hochstetler weighed in on his team.

“This is technically the best team I’ve coached,” said Hochstetler. “They’ve got to get good results tonight and Monday.”
On Memorial Day, the Monarchs lost to Deep Run in the 5A South tournament by a count of 5-3. 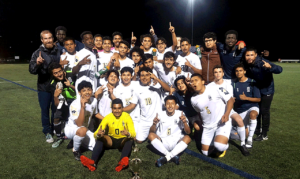 Thomas Dale baseball played spoiler to James River in the Conference 3 semi finals, knocking off the Rapids with a score of 6-5. This marks the second time in three years the Knights have kept James River out of regionals. Although the Knights fell to Manchester in the Conference 3 title game, they earned the right to play Woodbridge in the 6A South region quarterfinals Monday.

Catcher and VCU baseball-bound senior Hunter Vay has produced a monster season, hitting .554 (31 for 56) with a .875 slugging percentage, a .648 on-base percentage, nine doubles, three home runs and 19 runs batted in. He’s a favorite for Conference 3 Player of the Year when the votes are cast.

Baseball isn’t the only Thomas Dale team with hopes of making noise in regionals, as the lacrosse team is headed there after a semi finals win and a close 14-11 loss to James River in the Conference 3 championship game. Palmer Jones led the Knights with five goals, while Cameron Brink had 13 saves.

The Knights played Colonial Forge on Monday, and lost 19-13 to Colonial Forge. Matoaca had two teams in regionals as well. Baseball was named conference champions of Conference 12 with Prince George due to weather and earned a date with Deep Run, who got hot as the No.5 seed in Conference 11 and won the championship.

The Warriors have been led by James Womack, the team’s ace on the hill, along with position players Justin Ford, Nick Grohowski, and Jacob Floyd.
“For us, the key is hitting,” coach Tim Haynes said. “If we hit, we have a great chance of going somewhere in the playoffs.”

In girls’ soccer, led by Conference 12 player of the year Maya Pencile, who scored her 100th career goal as a junior on May 4, the Warriors notched their first win over Prince George in five seasons two days before that, but fell 3-0 to the same team in the Conference 12 championship game.

In the first round of 5A South regionals, they faced Mills Godwin, and scores were not in as of press time. Matoaca girls soccer finishes the season with an 11-4 record.

L.C. Bird softball advanced to the 5A South region tournament by virtue of a 5-0 victory over Matoaca in the Conference 12 semi finals. The Skyhawks fell to Prince George 6-2 in a weather-shortened title game. The Skyhawks faced Lee-Davis Monday evening at 7 p.m. Results are available on Twitter @RVAGameBreak, but could not be published due to press time.