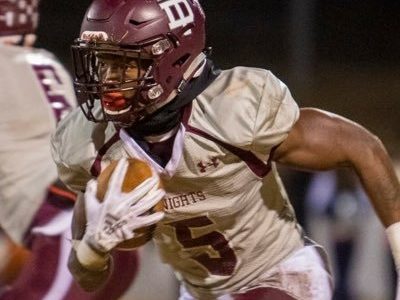 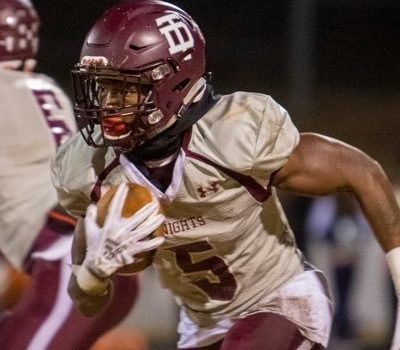 Thomas Dale High School got word of yet another Division I offer for athlete Jasiah Williams when he picked up an offer from Army,...

Thomas Dale High School got word of yet another Division I offer for athlete Jasiah Williams when he picked up an offer from Army, his second.

Williams played all over the field for Kevin Tucker and the Knights this past year, at quarterback, running back, wide receiver, defensive back, kick returner and punt returner. The athletic junior picked up an offer from Kent State earlier this school year.

Despite an injury-shorted season, Williams totaled 442 yards of production and three touchdowns. Defensively, he averaged seven tackles per game and defended six passes.

After moving to the area from Dinwiddie – where he first popped up on the radar of colleges – Williams is sure to be a top-tier option for Thomas Dale.

He finished the 2019 campaign 47 of 83 passing for 841 yards and eight touchdowns at quarterback for the Knights. He added 112 yards rushing and two more touchdowns on the ground, and helped Thomas Dale to a 9-3 record, including a playoff victory over Cosby.