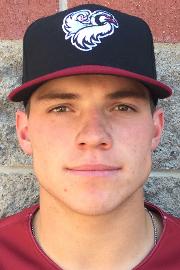 After making his debut in professional baseball last year, Nathan Eaton got word of a promotion after this year’s spring training. He started the...

After making his debut in professional baseball last year, Nathan Eaton got word of a promotion after this year’s spring training. He started the year in the South Atlantic League with the Lexington Legends.

The former Thomas Dale Knights standout was selected by the Kansas City Royals in the 21st round of the June amateur draft. He did something most 21st round picks don’t do: he hit .354 in over 260 at-bats with 20 doubles, 12 triples and five home runs while driving in 53 runs and stealing 19 bases in just 66 games for the Idaho Falls Chukars, the Royals’ Rookie-level affiliate. Playing primarily third base, he was a Pioneer League All-Star.

This year, Eaton hasn’t gotten off to that kind of start with Lexington, but as of April 20, he was batting .263. Although he’s battled a slump since then, he has shown promise on what is a long road to the major leagues.

Eaton, who played middle infield with Thomas Dale and VMI, is working under the tutelage of longtime major league second baseman Glenn Hubbard. Hubbard had a 12-year career in the majors, amassing 1,084 hits and 70 home runs. He made the All-Star team in 1983 and played 10 years in Atlanta before finishing with two seasons in Oakland.