By Soren Rutherford In his 15th season as head coach for Matoaca High’s golf program, John Hall believes his team will continue to win... 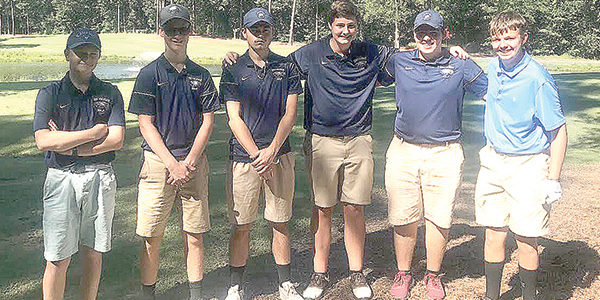 In his 15th season as head coach for Matoaca High’s golf program, John Hall believes his team will continue to win and be competitive.

In the span of those 15 seasons, Hall said the Warriors have dominated the Central District and been remained competitive in the region.

“Although last year we finished fourth in the region, we still qualified three players for the 5A state tournament,” he said.

Despite losing five starters, including two state qualifiers in Michael Harris and Chase Petri, Hall believes that Matoaca has one of the best players in the state: Justin LaRue, who has played 36 competitive holes at a combined 12 under par.

Matoaca also has such young and promising players as Aidan Redmon, Hayes Walker, Ryan Enge and Logan Wilson, according to Hall.

Matoaca and Thomas Dale play at the Highlands on Thursday, Sept. 12 beginning at 4 p.m.

L.C. Bird
Joshua Dutton is in his fourth year coaching at L.C. Bird, and he has big aspirations for the program.

“From our past three seasons, we have consistently progressed upwards in the region,” he said.

The Skyhawks have a total of 10 golfers on the team, including seniors Matt Barge and Alyssa Wilmoth.

For the first time in five years, the Skyhawks will have two girls: Wilmoth and Karina Ortiz.

“The team will be more competitive this year, but they still have a lot of work to do to reach the upper tier of golf teams in the area,” Dutton said. “We want to send at least one player to state this year.”

Barge and Ryan Moats have been standouts thus far. Each has posted a career-low round so far this year.