Salem Church educator is ‘Principal of the Year’

front933
Monique Booth likes being a “princiPAL.” So much so, she recently wrote a paper about it for the George W. Bush Institute’s School Leadership... 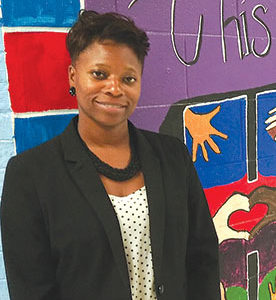 Monique Booth likes being a “princiPAL.” So much so, she recently wrote a paper about it for the George W. Bush Institute’s School Leadership Initiative.

Her article, “Here is why you want to be ‘that’ parent and get to know the principal of your child’s school,” was posted on the organization’s website Aug. 27. In it, she noted that “research says 25 percent of a school’s total impact on student achievement is attributed to the principal.”

The school principal is an essential member of the village that it takes to raise a child, Booth said, referencing an African proverb.

Booth – who is now in her fourth year as principal of Salem Church Elementary – was recently named Chesterfield County Public Schools’ Elementary School Principal of the Year.

This is her first principal job, which she enjoys because of the widespread impact she is able to have on children, teachers, parents and the community.

“I believe in service. It’s a very unique role,” she said, noting she can utilize “hands-on” instruction and form relationships.

“We are the perfect microcosm of the world because of the diversity between our walls,” she said, noting the school’s student body is approximately 40 percent white, 30 percent black, 20 percent Hispanic and 10 percent “other.”

“I believe in family orientation,” said the mother of two boys, Caleb, 9, and Xavier, 13.

While at Salem Church Elementary – which is located next to Salem Church Middle School – Booth has increased the number of physical education classes from one to two per week and formed a collaboration with the middle school for “Back to School” week.

Booth said Thomas Taylor, chief of staff of the CCPS Human Relations Department, has been her role model, and former first lady Michelle Obama is a kind of “girl crush hero” because of her poise and because she commands respect and is well-educated.

The daughter of David Winn Jr. and Gloria Winn, Booth said that two black school principals who were also members of her church positively influenced her while she was growing up. “I got to know them,” she said, adding that she decided she wanted to have an impact on the world. “I wanted to be a part of making sure all children are able to access a high-quality education regardless of status. Education is the great equalizer,” she said.

When asked about challenges she faces in her job, Booth said she doesn’t see anything as a problem. “It’s an opportunity to do something different or learn from,” she said. Referring to an incident in May where several students were allegedly put into a closet by a teacher, Booth said she couldn’t comment specifically. “It seemed like life was over, but I saw it as something that helped me become a better leader,” she said. “I walk in faith. My husband [Clarence Booth] thinks I’m insane. I just feel like everything happens for a reason. A lot of these things are out of my control.”

A Louisa County native, Booth is working on her doctorate in educational leadership and envisions being a school superintendent one day. Ideally, she would like to return to Louisa County because she likes smaller school districts.